A brutal war is raging in Ukraine, people are still drowning in the Mediterranean sea and the covid-19 pandemic is far from over too. As if capitalist normalcy wasn`t bad enough already.

We all experience capitalist priorities on a daily basis. State fundings, paid in order to support people suffering from the pandemic conditions, are now due to be paid back immediately. But our everyday life is becoming more and more expensive. Rent and prices for gas, groceries or public transportation tickets are being raised. And on the contrary our pay stays the same.

The government subsidized the military with a fund of a  100 billion euros. Even though they´ve declared over years of social struggles that there wasn´t enough money for things like pay raises, a better healthcare, education, infratructure or well paid pensions.

Pharmaceutical companies are making millions while people are still working hard for minimum wages, are dependent on welfare or even losing their jobs due to the bad crisis management of the government during the pandemic. People are paying the majority of their wages for rent just so profits of real estate groups can keep growing. Long time tenants are being displaced and even driven into homlessness. The reasons for those issues are obvious:

We are living in an economy in which the rich are getting richer and the rest is becoming poorer.

We´re not gonna take it anymore!

We want to show our contradiction. That´s why we are inviting you to an anticapitalist feast on the 1st of May - the day of the working class. There will be graffiti, sports, food and plenty of info material. It is taking place at the Sternenplatz in Toitenwinkel. We want to create an opportunity for a get together for all those who are suffering from the capitalist normalcy. By demonstrating together afterwards we want to show that we are tired of their exploitative system and are offering an alternative.

Stop by. You are not alone!

Let´s organize and fight capitalism together! 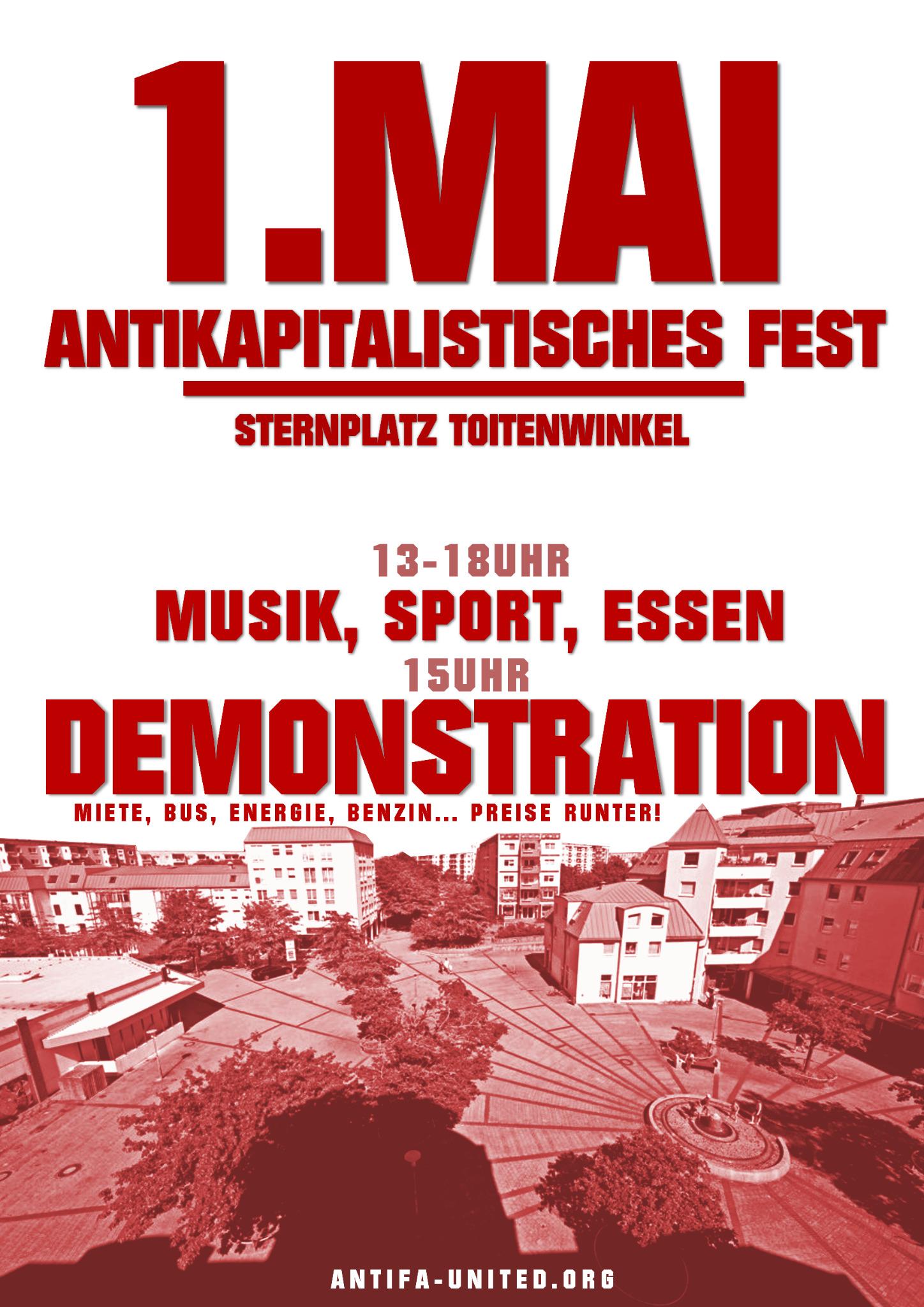